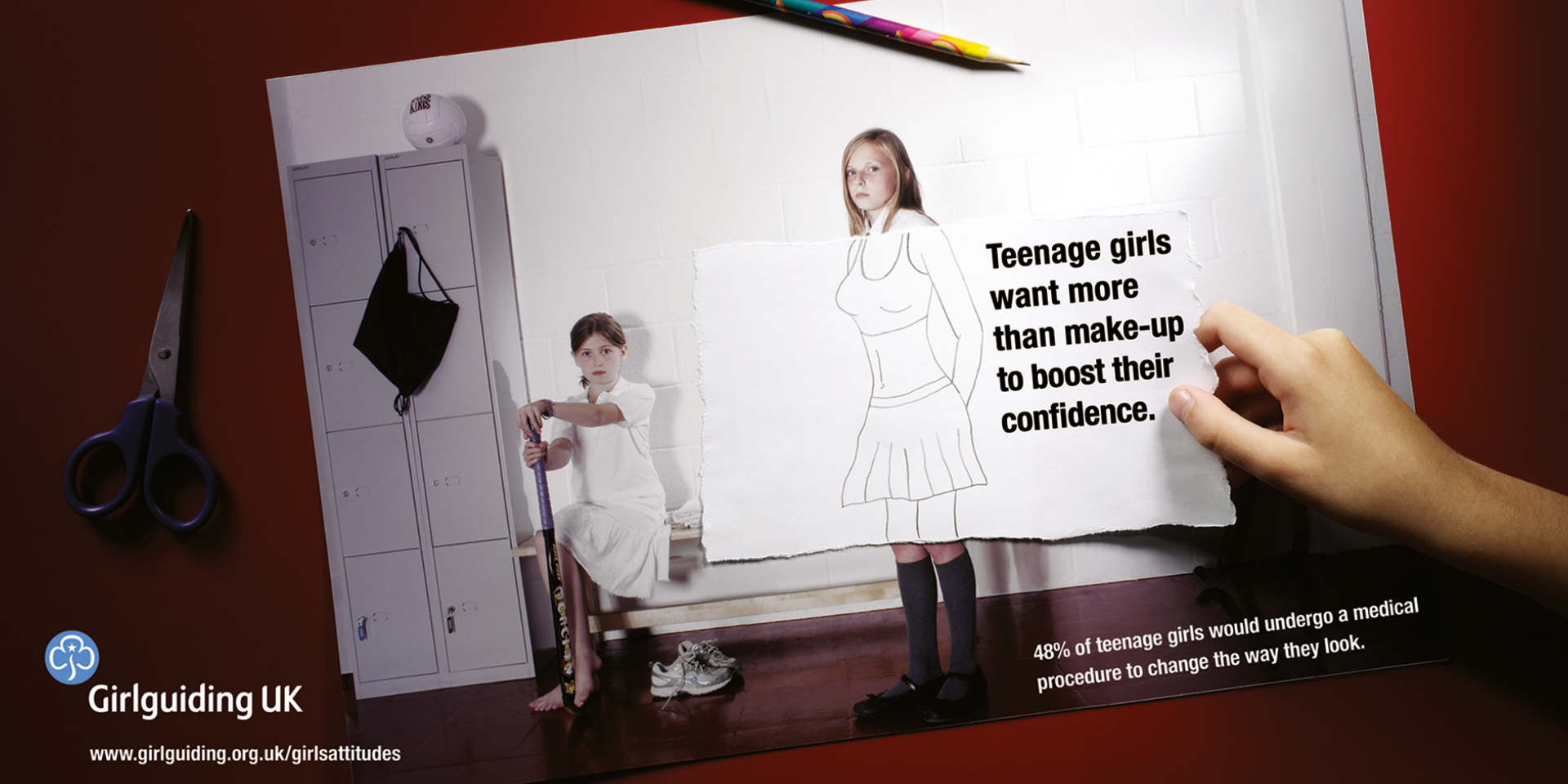 The Girl Guides wanted to increase its membership numbers and reinforce their status as the ‘go to’ organisation for female youth issues. A forty second commercial was created by the agency Creative Orchestra combining still animation techniques.

Then they conducted an open call for composers to create a soundtrack, which attracted hundreds of entries. In competition with twenty-two short listed entries my dark music soundtrack was chosen by the client to accompany their hard-hitting campaign. It was thought that my combination of music falling away into a purely stark piece of sound design best accompanied the shocking statistics and message.

48% of teenage girls would undergo a medical procedure to change the way they look.

The campaign received national press coverage and was even a featured story on BBC news. The online video highlighted shocking statistics amongst young teenage girls and directed government authorities towards changing policy on advertising and the portrayal of images of the body.

Hayden Parsey specialises as a music composer and sound designer working from his own recording studio across a variety of mediums from TV, Radio and Events.